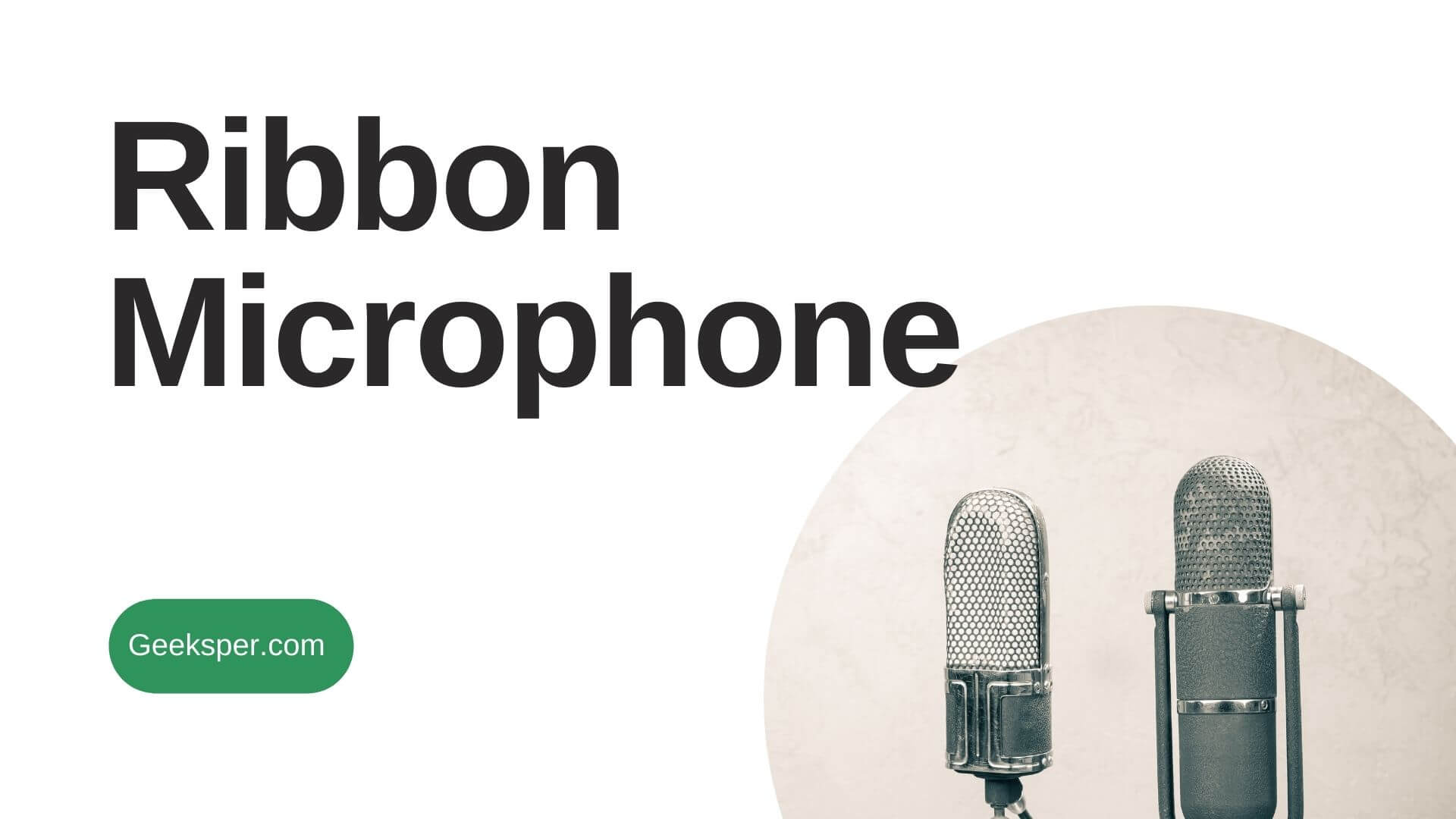 There are various types of microphones such as Condenser Microphone, Dynamic Microphone, USB Microphone, etc. Ribbon Microphone is also one of the microphones which many people prefer for instrumentals or high sound pressure recordings.

A ribbon microphone is a microphone that uses a thin piece of metal foil suspended in a magnetic field to convert sound waves into electric signals. Ribbon microphones are often used as overhead mics, for vocals and strings, and as drum overheads.

In this post, I am sharing everything you should know about the microphone with a ribbon microphone, how it works, and much more. 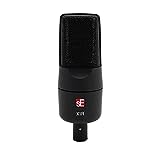 What is a Ribbon Microphone?

A ribbon microphone is a type of microphone that uses a thin ribbon (or strips) of aluminum foil suspended in the magnetic field to transduce the vibrations in the air (sound) into an electrical signal.

They are the oldest type of microphone in common usage, predating the invention of the dynamic microphone by nearly twenty years. Still, they are rarely used in modern music because their high cost and fragility make them impractical for most applications.

What Is a Ribbon?

The principle behind any ribbon microphone is that the sound pressure moves from one end to another end. As soon as any pressure wave passed through the diaphragm, it causes stress on both sides of the diaphragm and changes its length. This changing length modulates (changes) magnetic flux at some frequency which can be detected by magnet/voice coil combination as AC signal because magnetic flux is changed at some frequency.

So the diaphragm actually acts as a generator whose output is fed to an AC amplifier circuit, which then can be amplified and converted into DC signal (audio signals) by a preamplifier.  The frequency of this alternating current will depend on the speed of sound in said material (typically air or thin plastic film/foil), so ribbon mics are usually referred to as velocity microphones.

And there you have it: ribbon mics are different from other microphones in that they don’t convert sound pressure waves into electromagnetic radiation (radio waves). Instead, they detect changes in magnetic fields propagated through a medium (air) rather than converting acoustic energy into mechanical energy themselves. As a result, they capture a signal that is a moving representation of the air velocity created by sound waves.

This makes ribbon mics great for reproducing high-frequency sounds such as solo violin and other types of stringed instruments.

What are the features of a Ribbon Microphone?

Ribbon microphones are a very popular microphone for recording due to their extended frequency response, low noise characteristics, and their above-average transient response.

Ribbon microphones have a wider frequency response than most other types (which means they can pick up more detail in the sounds you record), they’re built to handle high sound pressure levels (which makes them ideal for use in loud environments, like recording live music), and they’re generally easier to maintain than other microphones (since they don’t have delicate moving parts).

Despite the fact that ribbon microphones are generally considered to have a vintage sound, they require more care when operating than a typical microphone.

Additionally, a ribbon can also be used for the passive pickup of acoustic instruments, as they have a very high output compared to condenser microphones.

A ribbon microphone produces a very thin sound, so it translates well to the recording of instruments such as cymbals, which would otherwise be too harsh sounding.

How does Ribbon Microphone work?

The ribbon microphone has been around for a long time. In fact, it was invented even before the first moving coil microphone. It is a type of microphone in which a ribbon, which is a thin metallic strip, is suspended in a magnetic field of a permanent magnet. It comes in two varieties: single ribbon and dual ribbon.

You should look for the following things in Ribbon Microphone when you are getting yourself one:

Ribbon microphones do not pick up low-frequency sounds as well as others, so if you intend on using it to record rock music or things like bass guitars, you will want to use another type of mic.

Just about any style of music can be recorded with a ribbon microphone, though, as long as it does not require too many low-end sounds or instruments such as drums, try to avoid extreme frequencies and high levels when recording with one because these will cause it to overload.

What is Ribbon Microphones best for?

Ribbon microphones are often described as the most natural-sounding microphones available, and for good reason: they condenser microphones that use a thin ribbon of aluminum foil to pick up sound (instead of a solid diaphragm).

This results in a more open sound due to a wider frequency range, and less susceptibility to plosives (popping Ps).

Ribbon Microphones are best for:

The ribbon microphone was invented by David Dunning, who filed the first patent in 1926 for an electric ribbon microphone. The continuous ribbon element was first used in a coin-slot machine produced at the Mills Novelty Company of Chicago, allowing the user to record messages on a metal band inside a glass tube.

In 1925, Western Electric introduced the Model 748A Microphone, “the first ‘all-electric pick-up.” It employed a dynamic loudspeaker as its transducer: it varied or modulated its impedance to respond to variations in sound pressure and convert them into corresponding variations in electrical current.

The condenser microphone, though better than the dynamic type because of its low sensitivity to hum and other extraneous electrical sounds, was more expensive to produce and had a rather limited output.

For some time, Seimens’ engineers experimented with the use of a thin metal ribbon as an electrode for the electro-dynamic microphone. In 1926 they produced a commercial condenser microphone using their new ribbon principle, and the result was outstanding: it could be made cheaply enough for everyday use, yet it cut down on extraneous noise so effectively that no background hum could be heard in broadcasting studios even when many microphones were used at once.

Tips for Buying a Ribbon Microphone

– Find out what you want this microphone to be used for. For example, if you plan on using it for high-frequency sounds such as solo violin and other types of stringed instruments, you will need to find ribbon microphones that have a wide frequency range and can pick up the high frequencies that they emit.

– Try to buy one near or above $700. This covers the average price that ribbon microphones can be bought at, and you will get a great deal for your money, considering how much better they are than other types of microphones in capturing high frequencies.

– Ribbon microphones do not pick up as many low-frequency sounds as close-micing a dynamic or condenser microphone would.

What Are Ribbon Microphones Good For?

Ribbon microphones are good for several things. First, they pick up high frequencies better than other types of microphones, so they can record solo violin and other stringed instruments without picking up too much background low-frequency noise or noises caused by the performer’s movements.

Ribbon microphones do not create a lot of electrical noise themselves, so when recording at lower levels, it is best to use one instead of another type of microphone. In addition, ribbon microphones can help reduce unwanted sounds because there is no need to turn them up very loudly to capture sound effectively.

The disadvantages are that they are more fragile, and require phantom power to operate.

This is it! I have covered everything about the Ribbon Microphone. If you are interested then you can also check out more information on other types of microphones which are condenser microphone and dynamic microphone.

I will update this article with some of the best ribbon microphones by testing them out by myself. If you still want to know anything else about the Ribbon Microphone then do let me know in the comments below. Until then, check out:
What Does a Shock Mount Do for a Mic?
How to Connect Multiple Microphones to a Computer?
Top 5 Best Microphone Under $200 in 2022
Top 5 Best Microphones for Acoustic Guitars in 2022
How to Make Your Voice Deeper On the Mic?